FilterMAG is a revolutionary development in advanced oil filtration technology.

FilterMAG specifically catches and holds steel particles down to two microns, which an engine sheds continuously and which a normal oil filter cannot catch as most standard filters only hold particles down to 25 microns.  Particles smaller than 25 microns pass through the filter element and many of these are hardened steel which cause most of the damage to the engine.

FilterMAG is the simplest and one of the most effective ways to prolong oil and engine life.  It consists of a series of extremely powerful neodymium magnets housed in a durable long lasting and slightly flexible housing that snaps onto the outer casing of the filter element.

The flow of oil continues normally and is not affected in any way by the magnets that remove and hold the sharp steel particles against the side of the filter canister for the entire time that the filter element is in use.  Once removed the FilterMAG is taken off the used element and installed on the new one.

Independent tests have shown the effectiveness of FilterMAG in reducing wear by controlling and limiting steel particulate proliferation to such low levels that the wear is virtually immeasurable.  Other magnetic products such as magnetic drain plugs do not have the force needed to hold particles in the oil flow.  Any debris captured by these products collected after the engines stops, are just re-circulated once the engine starts up again. 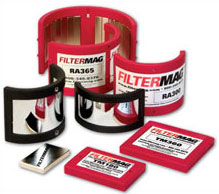 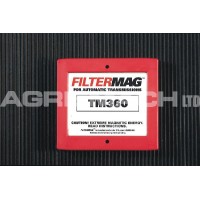 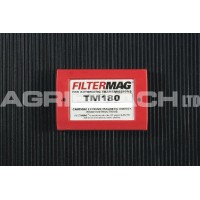